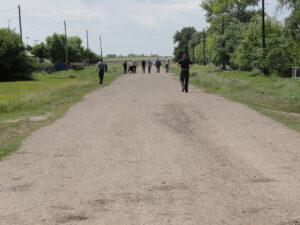 First, the background information: on June 14, 1941, more than 14,000 people were forcibly deported by Stalin’s regime from Latvia to Russia – families were separated, the men sent to hard labor camps, women and children sent to work and fend for themselves on the Siberian taiga and tundra. Teachers, doctors, government workers, members of the Latvian national guard, active members of their communities – these were their only “crimes”. The vast majority of the men died of hunger, illness, exposure, and/or were sentenced to death as “enemies of the state” and shot. Far too many of the women and children died as well, of the same causes. Another 40,000+ people were deported eight years later in a second round of deportations by the Soviet regime.